The company VOEN Vöhringer GmbH & Co. KG specializes in covering systems for stone fruit and berries since its foundation in 2001. By using the patented VOEN mesh covers it not only guarantees an effective protection of your crops, but also offers constant ventilation inside the orchard.

The particular flexibility enables the worldwide application of the VOEN covering system no matter the weather or topographical conditions. Since the company was founded VOEN has covered about 2000 hectares of orchards all over the world; core market is the middle and north of Europe.

For more than 60 years, Stas is a well known company in fruit handling and grading equipment in Glabbeek, Belgium and from 2011 also in Mogielnica in Poland. New and second-hand mechanical grading machines, sophisticated electronic grading machines, packing machines for apples, pears and cherries have been produced and installed all over Europe. Stas is supplier of "custom made" projects with water dumping, water filling, packingbelts, cherrysizers and water treatment equipment. Since 2013, Stas is an authorised representive for GPgraders electronic cherry sizers in Europe as well as service an support to all Ellips camera systems. Especially in the cherry season our service team is available 24/7 for you.

For more information go to www.stasbelgium.eu 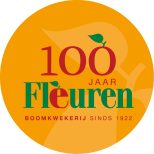 In 1922 Henri Fleuren founded a nursery for fruit trees in the village of Baarlo (region of Limburg / Netherlands).

In 1972, when the company comprised of already 23 hectares of planting area, the nursery was taken over by his son Karel. Today the company is managed by the third generation of the family, with grandson Han and a team of national and international employees.

The nursery specialises in the cultivation of apple, pear, cherry and plum trees. Each year about 3 million trees are grown. The nursery Fleuren pays careful attention to the production of first class fruit trees. It is important to know that the tree types “Knip tree” and “3K tree” have been developed by Fleuren. “Knip trees” are used today in planting systems all over the world. The 3K tree is also used for intensive cultivation and already produces fruit in the first year.

For more information go to www.fleuren.net